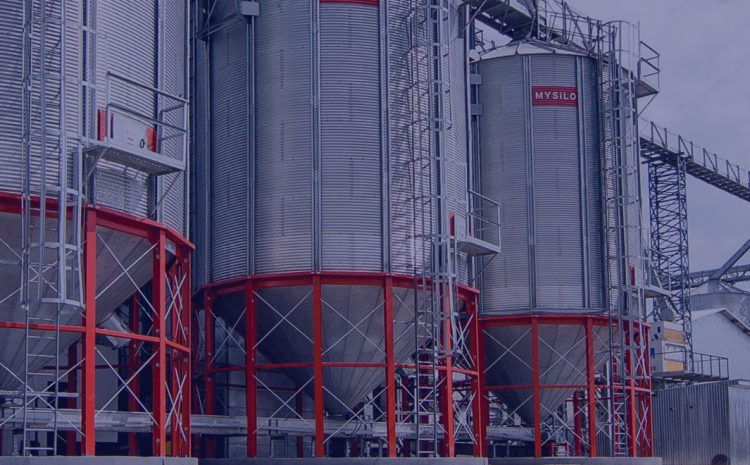 The Elevator in Charuks that at the Lutsk district in Volhynia belongs to LLC “Agrotechnika” that is included in the agro industrial group “Pan Kurchak”. Test it began last year, and this year has invested in improving the infrastructure of the elevator industry. In particular, to the farmers it is convenient to transport grain for export and this is beneficial both for Volyn agricultural producers and the Ukrainian economy, has commissioned a railway siding.

Download rail transport is 460 tons per day (7 wagons). And time for download of the moment of filing of the cars is only 6 hours. In addition to convenient handling, and improved conditions for small farmers at the grain elevator can hold the new harvest and to wait for favorable prices on the market, and then sell it”, – stressed the head of the elevator industry of LLC “Agrotechnika” Igor Mazur.

Elevator complex in the Charuks equipped with modern silos of the Turkish firm Mysilo, a total volume of 25 thousand tons, which provide long-term storage of bread. In the future it is planned construction of 3rd line at 21 thousand tons, shared the plans of the Chairman of the Supervisory Council of agro industrial group “Pan Kurchak” Sergei Gorlach.

“Agro industrial group “Pan Kurchak” invests in the development of the agricultural sector of the Volyn region, which, incidentally, the region is a priority. So this year in Novovolynsk earned a new complex for the slaughter and poultry processing, the poultry complex was completed in seconds in Holopic (Lokachynskyi district), has invested in the 2nd turn of the Elevator complex in the Charuks. And it means new jobs, revenue, and consequently the development of Volyn region. So last year the enterprises of the agro-industrial group “Pan Kurchak” has listed in budgets of all levels UAH 74 million of various fees and taxes” – summed Sergey Gorlach.

In addition, the project is energy saving, as it has two storages Polish production, which operate on their own fuel – straw. So no need to pay for imported energy, since it was replaced by local waste. Thus the process of bringing grain to the condition has become three times cheaper.
Powerful grain drying complex in the village of Charuks daily can bring to the market standard of 600 tons of wheat and barley, 300 tons of rapeseed and soybeans, 200 tons of maize. At the same time a modern laboratory with equipment from leading European companies ensures quality and accuracy. Therefore, the grain holders did not have to pay for unreal humidity or contamination, as their level is clearly recorded for each stage. This is true for customers who have different requirements for fodder crops for feeding the animals and wheat for flour production.

Today LLC “Agrotechnika” has a powerful network of modern grain elevators in the Volyn region (Turiysk, Lokaci, Charuks (metro Nesvich), Marianivka), which receive, clean, dry and store grain. Besides, every year there expand elevator capacity. If in 2013 the company was dried and stored less than 30 thousand tons of grain last year, more than 75 thousand tons. The current plan is to take almost 100 thousand tons, and to provide a “handling” 135 thousand tons of grain and oilseeds.